The hegemony of the ideological themes of the teenage novel Based on two sustainability novels "Narwal, Unicorn Whale" and "A ladder to the sky

In this article, the topic of ideology has been explained, then the necessity of examining the effects of child and adolescent stability from the perspective of ideology and the examination of overt and hidden ideology, as well as theorists' opinions about ideology, have been given. Ideology is the creator of our experimental world, the creator of our world itself. Ideology helps people to recognize themselves in the world and gives them a special kind of knowledge. It can be said that man cannot escape from ideology; Because ideology is present in man's unconscious and plays an important role in his representation of events and incidents in an imperceptible way. Therefore, it is necessary to pay attention to the audience of the texts, because they can grow up under the influence of ideology, and since the audience of children and teenagers is not aware of the ideology in the texts, therefore the authors of these texts should Pay attention to this point and pay more attention in creating works related to this group of audience Children's literature is seriously ideological and the contents of books have the ability to be examined from the point of view of attitudes, values ​​and opinions. These ideologies are found in these books in an open and hidden form. Explicit ideology may show itself in an internal form. But the hidden ideology is displayed in the form of social structures, intellectual or hypothetical expressions. In fact, ideology can be examined as an aspect of the content and subject matter, and since this content and subject matter is very important in children's literature, The current research aims to investigate this aspect of meaning by looking at two novels of adolescent persistence published by the Children and Adolescent Intellectual Development Center. In this research, the following questions have been answered that the dominant ideologies of teenage novels published by the center of intellectual education are overt or hidden, and whether dealing with social values ​​in these works is one of the concerns of the authors of teenage novels or the concerns of the audience?

2-Methodology
This kind of research has already happened in the form of content analysis of printed books. However, directly dealing with the hegemonic aspect of the overt and hidden ideology of adolescent stability novels is a new work, and it is hoped that by doing it, a solution will be provided to the authors to provide new content and meanings needed by children and adolescents. Therefore, the present research has analyzed two sustainable novels from the publications of the Children and Adolescent Intellectual Development Center from the perspective of overt and hidden ideologies based on Althusser and Gramsci with descriptive-analytical method. In this research, it was found that most of the values ​​discussed in these works are honesty, sacrifice, defense of the homeland, etc., which have occurred in these novels in the form of obvious ideology, which is a concern of the authors and the structure. Dominant education returns to the society. Among the hidden ideologies of these books, we can mention the attempt of the dominant or superior forces to maintain their rule over the subordinate society through educational and coercive structures.

Sociology of literature defined the science of studying and knowing the content of literary works and the psychological and social origin of their creators as well as the lasting impact these works have on the society. In fact, the sociology of literature is the scientific study of the content of the literary work and its nature in connection with other aspects of life. The authors intend to reflect the ideology in the novel according to the opinions of these two theorists, although these two theorists are representatives of materialistic thoughts and the authors of the mentioned works, due to the connection of these works with the values ​​of sacred defense, do not only reflect materialistic thoughts, but also a common feature. It is the defense of human rights based on justice. In the general classification, it can be said that although Gramsci divides hegemony into political and civil parts, in these two works, the manifestations of civil hegemony show more than political hegemony; It seems that writers tend to be hegemonic representatives of cultural institutions and have an informative and positive function rather than a repressive and negative function, which, of course, has an influencing role in children's literature; Therefore, the hegemony of the ideological apparatus of the state through institutions prepares the society to accept the ideology and flaunts its power through educational systems. It seems that in this era, the hegemony of religious and moral institutions has the first place, and after that, the hegemony of educational institutions is manifested in two novels. There is only one case of political hegemony in our era, and that is in the novel Ladder to the Sky, where the repressive apparatus of the government is used to pay taxes. Therefore, political hegemony targets individuals. Of course, due to the religious identity of the Islamic Republic of Iran, sometimes we witness the merging of these two religious and educational institutions, and sometimes it may seem that educational institutions are also representatives of religious institutions. It seems that the increase of religious hegemony in this era is compatible with the themes of stability and holy defense, because holy defense represents religious and religious values.

As it was mentioned, ideology is a collection of ideas and thoughts that is associated with a general plan. This program can guide individuals and groups on a smaller level and governments and political powers on a larger level towards what they call the ultimate goal. In fact, ideology is, in a way, knowledge of ideas. Thoughts applied by groups that dominate society and individuals and seek to prove the legitimacy of the group that benefits from the desired ideology.
Literary texts and works, as one of the tools that can promote and spread ideas and thoughts, have always been of interest to groups and governments and have been used in the educational structure of governments. In this article, which was written with the aim of examining the hegemony of ideology in selected texts, after examining two novels of adolescent persistence, published by the Center for Intellectual Development of Children and Adolescents, it was found that in all these novels, ideology is evident. The hidden ideology has prevailed and maybe the authors have preferred to use the overt ideology because of the age of their audience.
In fact, what has been considered by the writers the most is the promotion of moral and religious values ​​such as sacrifice, patriotism, respect for parents, persistence in the face of oppression, etc., and this shows that the writers are less Addressing the real concerns of teenagers, they wrote the mentioned works based on the ideological needs of the society. 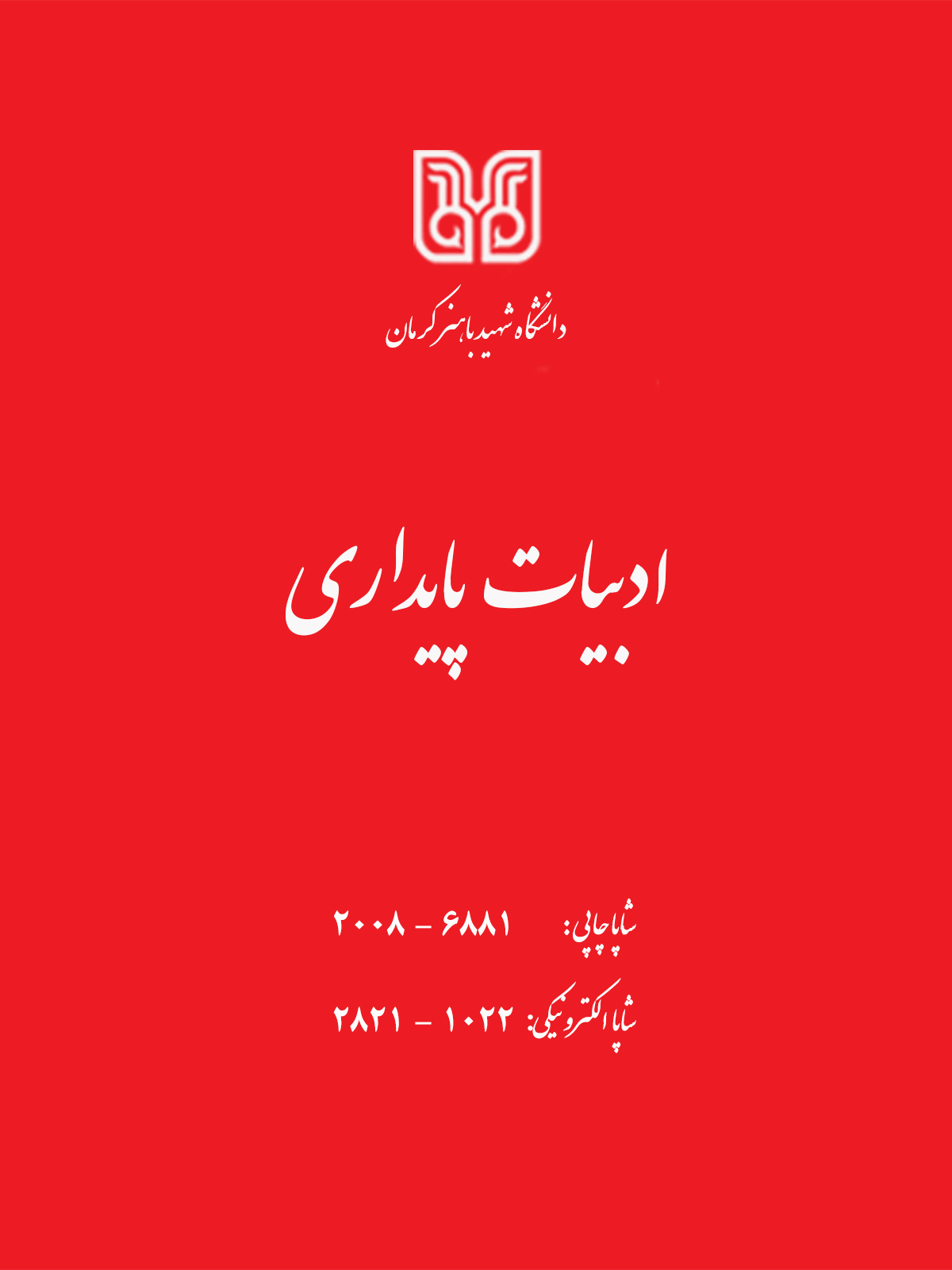